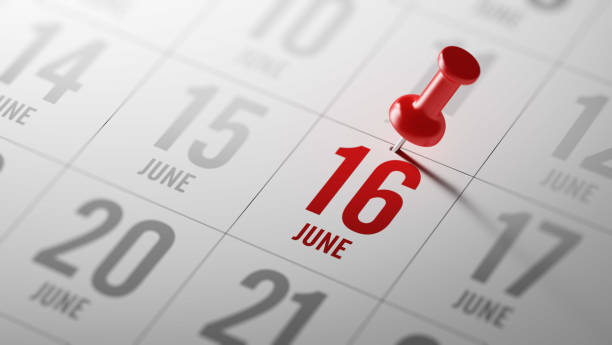 The 16th June marks the start of coarse river season for England, a date that pretty much every river coarse angler has marked in their calendar. I am no exception and since I have been targeting pike, I have even been booking the day off work (Yes I also have a full time job!) to head out on the first day.
Everyone has their own rituals on how they start the season, apart from checking my gear over in the days leading up to the magical 16th; I also have a Pagan-ish ritual where I make an offering and ask the Gods of the river to bless me with a good season. For me this can come in the form of me not loosing my flies to snags, for my clients who book pike on fly coaching with me; for them to see action to some nice fish in to my net. Sure I’d love to break my currant PB of 21lbs River Pike each time I am out, but I am happy with any fish that falls to my flies.

The day started a bit later than some with my alarm going off at 4am, I know Rick Bellars who was already on the bank 30 mins before my alarm even sounded! Hence the “late bit for me” lol Truck was packed the day before to make a quicker setting off, unlike a lot of women stereotypes; I was up/out the door in 15 minuets and had time to grab a quick STRONG coffee. As I stepped out the door I was greeted by a beautiful misty pre-dawn, Mother Nature slowly waking up for the day ahead.

One of a few things that I love about the Fenland Area I live in are the breathtaking Sun rises/sun sets. Since moving to the UK many years ago, Nowhere else has come close to what I grew up seeing most days/evenings. I’ve read/heard people describe East Anglia is the land of BIG SKY, being mostly flat; I totally get that and agree with that description.
Setting off over the usual bumpy, rock n rolly (Ladies, make sure your wearing a good bra!) fenland roads semi-watching for when the sun does rise so I can pull over to enjoy the moment and I am seldom disappointed with the view.

Making good time (sorry Officer!) I arrived to meet up with Rick at my first (his 2nd) venue on a drain, there were some weed patches which I don’t mind as my gear is plenty to drag anything through them if needed. BUT the one thing that struck me on first cast is how coloured the water was! Clarity was barley 12″ and there was little to no flow, it wasn’t algae build up as that is usually green/brown. This was just muddy!
After spending almost an hour at the venue I suggested to Rick that we move to a different section of the drain to see if it was any better. Short while later we get to the next stretch to sadly find the same muddy clarity, after checking in with a man who knows a lot about the area; turns out the water board had pulled the drain through just an hour or so before we arrived! This will defiantly ruin any potential fishing as the fish hunker down and wait till things clear up. I mentioned to Rick that I was going to head off to a different venue as we both agreed that this drain was not fishable at this time.

We headed in different directions to our next venues, wasn’t too long before I got to my 3rd venue of the morning and with my rod still half set up; I was on the bank sharpish. This venue I don’t tend to fish in summer as its not overly deep and usually clogs up with weed pretty quickly. There are some deeper spots which I did try first, but was being thwarted by large clumps of meandering Cotton weed heading up the drain which was a little unusual as this drain usually flows the other direction. Walking back to the truck casting in the odd spot as I go with no sign of anything interested, however I was seeing baitfish which is always good.

Once back at the truck I decided to hit one last venue on a chalk stream with a quiet little corner away from most people as you need a decent vehicle to get to it (4×4 PickUp truck – check). Once I had arrived I could see that I wasn’t the only one with this idea and decided to go have a chat and see how they were getting on. As I rounded the bank, I was met with a small Gazibo, deck chairs, what looked like a bar and bivvy beds. While to me all this is overkill and why I love Fly Fishing as you travel light for moving around, I get that other methods prefer to stick to one spot. I got chatting to the chap who was there, he originates from a part of Europe that often has a bad impression on many angling issues. I know some people do not get on with them, but I for one will and do talk to anyone with a fishing rod and decide for myself if they are honest or up to no good. We chatted for a while, he hadn’t had any luck so far and he was telling me how last year this same spot had sadly become abused by litter louts; certainly can’t call them anglers with the amount of trash they left behind! If you bring it, you can take it home! But what saddened me more was what he told me had happened to his friend just two weeks prior.
He had sent his friend down to check the spot for anything they would need for two weeks time (size of gazibo etc), while he was there a boat was cruising past and stopped when the occupants noticed him on the bank. To which he was told to leave at GUN POINT as they claimed he was there to poach. Even after he had explained why he was there and was happy to show them his valid rod licence, the shot gun was being pointed at him again! it seemed the boat occupants had been drinking which is never a good mix with firearms! The chap phoned the police whom were not interested as he had “not been injured”! While this chap was telling me about what happened, he said that he knows that his country folk have a bad reputation; but not all have the same morals when it comes to fishing. Even showing me his own rod licence which I never asked him to do. I often get asked by people from that part of the world why I stop and chat to them to see how they have got on, I do it to meet people and gain more knowledge on fishing tactics. These guys are bloody good lure anglers, a lot of which you can bring over to fly; esp what type of lures they do use, retrive, depths they are fishing at. We forget that a LOT of our new tactics often come from Europe in the first place! Check out the Building Bridges project from Angling Trust. https://anglingtrust.net/building-bridges-project/
I bid him good luck for the rest of his day, I knew that I would not be fishing again for while as temperatures are hitting highs and headed off home in time for a late breakfast and make a start on getting ready for a Pike fly fishing/casting demo this Sunday at a fishery near Santapod. Wold Farm Fisheries & Country Pursuits is having an open day with free entrance, pop in and say hello