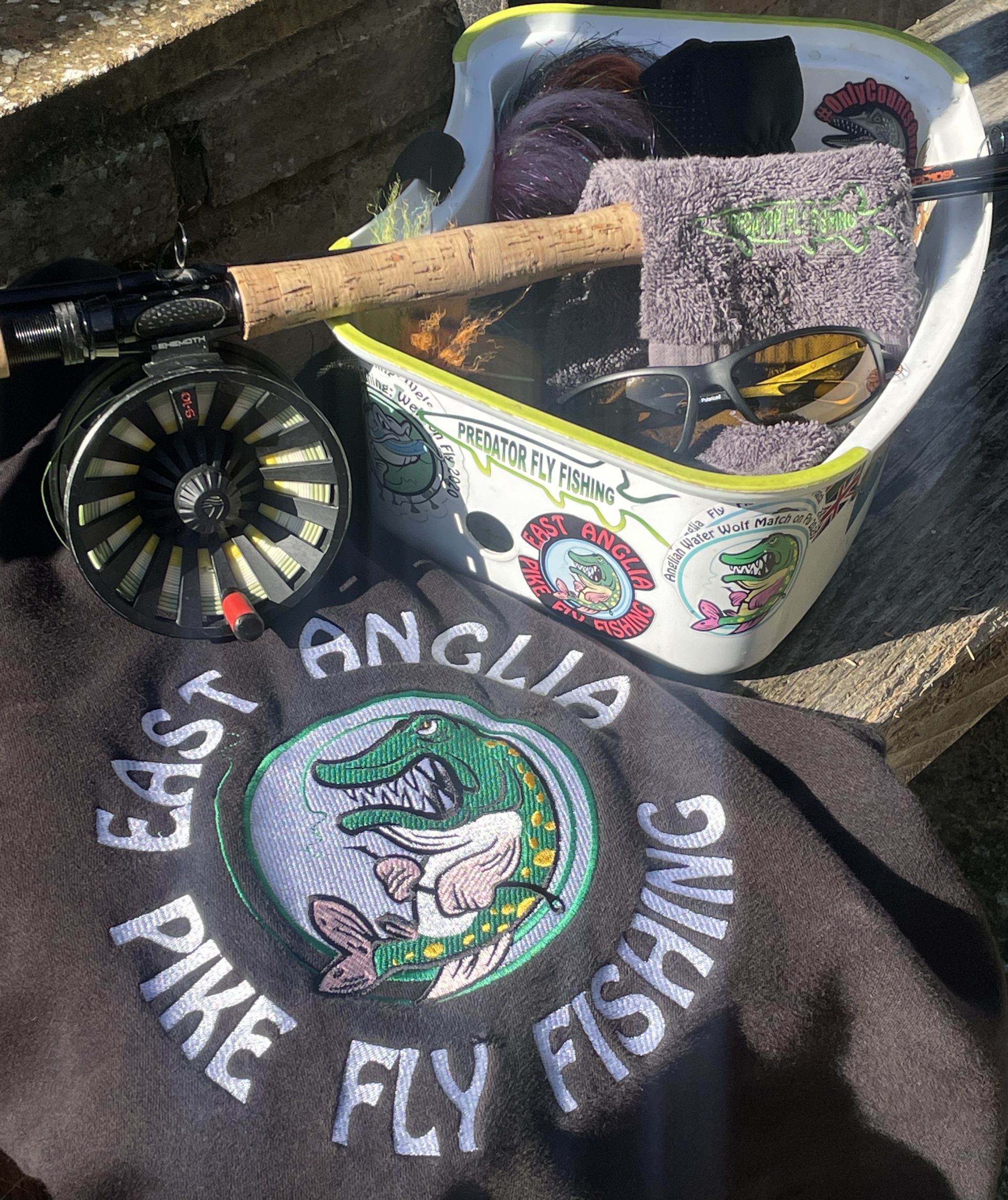 The alarm goes off while it’s still dark outside, the plan is to hit one of my usual venues to get a pike to the net! Pre-planning the route to the venue, dodging any petrol station traffic ques to make sure I arrive just before dawn. I’m also thankful I drive a 4X4 truck with the fenland subsidence bumpy roads, the truck makes things a bit easier to handle & also handy for getting through Welney Wash in winter when it’s flooded at a safe to drive depth I might add.
Park up and set to rigging up, grab my vest, line tray and head off to a spot I want to start at. I am fishing a fen drain so don’t need distance casting and with the drains still pretty weedy, a short leader is in order of 4ft to keep the fly above the weeds. This trips venue has a lot of overgrown banks, so casting can be a challenge at times; this is where the Mega High Speed fly line often comes to the rescue. The super aggressive weight all the way forward profile means it loads the rod in 1-2 false casts, so in tight spots it does really help.

Ten minutes after starting to fish, I spot/hear further up to my right baitfish scattering as a Pike has just struck; which is always a good sign. I can’t cast to that area due to the reeds, so I quickly walk round closer, however this spot is even tighter for my back cast with large features to each side of me, a fence behind me and reeds are also fairly high in front of me; I use my big net to flatten them down a bit. I have the big eyed Scruffy Tiger clipped on and get a decent cast out despite the tight room, start stripping, pause, strip a couple more meters, hang…. strip again which now brings my fly line in to the top eye, at this point I can’t see my fly due to the reed bank in front of me. I always “jig” my fly with pauses under my rod tip, on one of my upward jigs the water directly in front of me EXPLODES! Scared me witless, but I managed to keep my fly in the water instead of the natural reaction to pull everything as far away as you can! That Pike can try again, but sadly not on this occasion. I cast back out and tried again, nothing. Changed my fly to a different pattern/colour, sadly nothing.

It’s time to move! If a fish doesn’t come for your fly again, rest that spot for a while and try again. I decided to work my way back towards the truck but found it was too weedy, no matter as there is a River close by for me to drop on to. I head over to that and in to another wee spot I have been eyeing up for a while, again this was also a tight cast despite me flattening the overgrowth the last few weeks in to a 3-meter gap. This particular spot has a high bank from the water, so a long reach net is an absolute must.
I start casting and moving downstream on the river where after 30 minutes I had a pike nail my fly halfway across the river, I go to set the hook, and before I knew it; the pike spits the fly! I have learnt over the past several weeks that once a pike has spat that fly, you have no chance of enticing it again with the same fly and more recently I have found that a pike will not try again at all once it’s spat your fly!

Not disheartened, I head back upstream to the spot where I first started, cast out to the other bank and was roly-poly’ing the fly back with no pauses. The theory is to not give the pike time to think twice, and as I again got almost half way I spot a pike making a dash from over 6 meters away towards my fly. Its a mid single jack, it nails my fly with verocity, I go to set the hook and a split second later the little f**ker spits the fly! The fly lands several meters closer to the bank, I shake my head in frustration and a couple of rude things were said towards the pike! I maybe a woman, but not always lady like! I start to retrieve the fly once again, as what else can you really do? I know that fish won’t be coming back. I get to one rod length away and realise there is a second, much BIGGER mama (easy a mid-double) following my fly in! I am not overly religious, but I started to pray that this fish would make it to the net.

She keeps following the fly till it gets under my rod tip, she sits watching the fly as I hang it…… those seconds feel like an age, I start to jig the fly upwards, and she strikes! wooohooo… I watch as she inhales the fly, This time Babs, it’s a good’un. All the blanking frustrating weeks of pike spitting flies is finally over, She goes to turn away, and my fly is still very much inside her mouth; I go to set my hook.
She shakes her head once and PING!!!! Out comes my poxy fly! I am too disappointed to even swear and decide to head home.

Talking to several people about this, and it seems I am not the only one encountering this odd behaviour, even a friend of mine fished the same venue and same spots as I did two days later with the exact same results! Most think it’s due to the season change that Pike are very sensitive and able to spit what they feel is not right. We already know that pike can take and spit a fly before you can react! Often it happens while you’re unaware, only that you get your fly back looking dishevelled is the only tell-tail it’s been chewed.

Do rubber hooks exist? They certainly feel like they do at the moment!